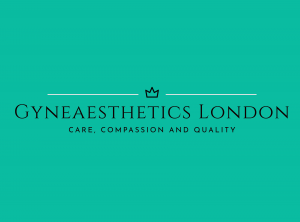 Why use HRT is a common question we get asked and the answer is not always straight forward. Menopause is sadly inevitable as we age, due to the natural reduction in the production of female sex hormones such as oestrogen. Most of us are (un)lucky enough to only begin feeling the symptoms of menopause as we head into our late 40’s and 50’s but early onset menopause can affect women in their 30’s, often caused by damage to the ovaries, through surgery such as a hysterectomy or underlying medical conditions. Menopausal symptoms can be quite debilitating, ranging from hot flashes, disrupted sleep, mood swings, loss of sex drive and memory lapses, all just adding to the daily stresses we face.

And so, we search for a way to relieve the symptoms of menopause and allow us to live as normal a life as possible. One such treatment that has seen fantastic results for thousands of women across the globe is HRT, also known as Hormone Replacement Therapy.

Request a call back from our expert gynaecology team to discuss our HRT and menopause treatments.

Hormone Replacement Therapy is the treatment for a number of conditions, but most commonly and effectively, menopause. It works by replacing hormones that the body has reduced production of or no longer produces, due to natural or medical reasons. HRT generally comes in three forms, oestrogen-only therapy (ET) and oestrogen plus progestogen therapy (EPT), both of these use artificially engineered hormones to augment the body’s natural hormones. The third form of HRT is which is becoming more wildly used is, bioidentical hormone replacement therapy (BHRT), which uses natural, chemically identical hormones to that produced by the body to reduce symptoms of menopause.

Why use HRT TO Treat menopause?

The question you may be considering is why use HRT to treat menopause symptoms? During the onset of menopause be it natural or surgical-induced, levels of oestrogen fall dramatically, causing menopause symptoms such as hot flashes, low sex drive, disturbed sleep and memory lapses. HRT or hormone replacement therapy has shown through numerous studies, to be one of the most effective treatments for menopause, offering a wide variety of benefits from reducing and combatting menopausal symptoms to protecting against other medical conditions such as osteoporosis and heart disease.

Many women have said that after having HRT, that they are delighted to have been given their lives back!

How does IT work?

All three basic forms of hormone replacement therapy work in the same way to replace the hormones no longer produced by the body, and easing the symptoms of menopause.

ET or oestrogen-only therapy replaces oestrogen which is the main hormone that helps combat symptoms of menopause and is used as a treatment plan for those who have surgically onset menopause caused by a hysterectomy.

BHRT or Bioidentical Hormone Replacement Therapy, provides the same treatment as both ET and EPT but as mentioned earlier utilises natural, chemically identical hormones to that produced by the body.

Here at Gyneaesthetics London our expert gynaecologist Mr Mohammad Masood is always on hand to delicately discuss your concerns or answer any questions you may have about your health and the services we provide, including Hormone Replacement Therapy for the treatment of menopause. 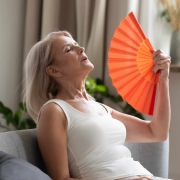 Why you shouldn’t fear visiting your gynaecologist

Gyneaesthetics London What can you do to treat heavy periods?
Scroll to top

This site uses certain cookies to allow us to improve the user experience. By accepting the settings and continuing to browse the site, you are agreeing to our use of cookies.

We may request cookies to be set on your device. We use cookies to let us know when you visit our websites, how you interact with us, to enrich your user experience, and to customize your relationship with our website.

You can click on the different category headings to find out more. You can also change some of your preferences. Please note that blocking some types of cookies may impact your experience on our websites and the services we are able to offer.

These cookies are strictly necessary to provide you with services available through our website and to use some of its features.

Because these cookies are strictly necessary to deliver the website, refusing them will have impact how our site functions and your overall browsing experience. You always can block or delete cookies by changing your browser settings and force blocking all cookies on this website. But this will always prompt you to accept/refuse cookies when revisiting our site.

We fully respect if you want to refuse cookies but to avoid asking you again and again we will need to store a cookie for that. You are free to opt out any time or opt in for other cookies to get a better experience. If you refuse cookies we will remove all set cookies in our domain.

We provide you with a list of stored cookies on your computer in our domain so you can check what we stored. Due to security reasons we are not able to show or modify cookies from other domains. You can check these in your browser security settings.

These cookies collect information that is used either in aggregate form to help us understand how our website is being used, or to help us customise our website to enhance your experience.

If you do not want that we track your visit to our site you can disable tracking in your browser here:

We also use different external services like Google Webfonts, Google Maps, and external Video providers. Since these providers may collect personal data like your IP address we allow you to block them here. Please be aware that this might heavily reduce the functionality and appearance of our site. Changes will take effect once you reload the page.